At the time, some producers in the Esperance region had not been able to fully capture the benefits of sound replacement heifer strategies. The project aimed to improve dystocia issues, mating time, observation requirements during calving season and a high proportion of heifers failing to conceive to their second mating opportunity due to inadequate time to return to estrus.

It was assessed that some producers may not have a good understanding of the role of critical mating weights regarding the success of the heir heifer mating programs.

Integrating FTAI into a heifer replacement program wherein insemination occurs on the first day of the programmed start of the joining date, may improve conception rates within a fixed period of time by creating mating opportunities in addition to the AI opportunity for back up bulls due to the synchronization of estruses following the AI program.

Integrating FTAI can reduce dystocia, calf losses, and heifer losses by achieving a higher proportion of pregnancies to semen from bulls with EBV’s within the top 5% of the breed for calving ease and/or birth weight indices and with higher accuracy than conventionally sourced unproven sale bulls when producers wish to use the same breed of cattle.

Integrating FTAI can improve rebreeding rates for first calvers if the incidence of dystocia can be reduced and if a tighter calving pattern can be achieved as a result of the synchronization program and if a high percentage of heifers become pregnant to AI.

The intention of the project is to demonstrate the value of integrating fixed time AI into heifer mating programs by improving the performance of maiden heifers by tightening the joining period and accessing semen from proven sires.

View the blog below for project updates. 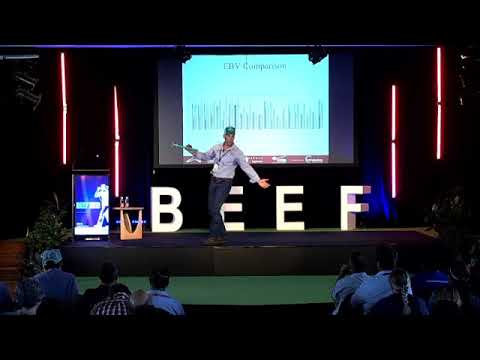 Why YOU should AI your heifers! - Video BEEF2021

Dr Enoch Bergman, Swans Vet Services, gave a talk at BEEF2021 available on YouTube. Worth a look if you're considering this for your system.